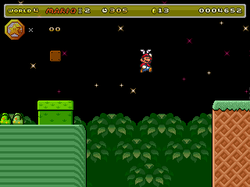 The first level in the Tree Zone. You are on your way to the top of one of the biggest trees in the Mushroom Kingdom. But it also has a Koopa Tree House at the top. In this level, the forest welcomes you. 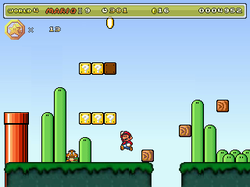 You are at the peak of the forests. Explore the outter regions of the forest in this level. A fairly easy level. 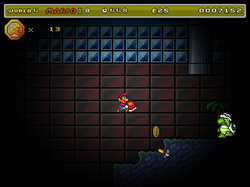 This level is neat how you go into the tree to complete the level. However, you need to wall jump at times. The Shadow Medal is hidden well in the deep forest roots of the tree. 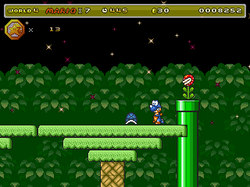 Still trapped in the forest, there are many secrets here. You must climb. CLIMB to the top. A gorgeous background
of the Starry skys is shown, as you see in the screen shot. 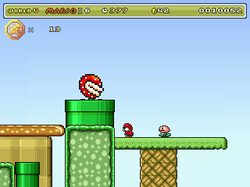 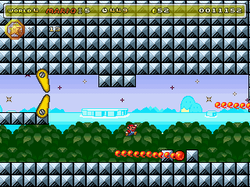 This is a koopa castle that was built as a secret fortress and was built on the top of the large tree. However some bloopers took over it. Defeat Bowser before he gets to the Golden star which was taken to this high top fort. This level has fire traps, dry bones, and some lava (HOW DOES THE TREE NOT MELT!!?).