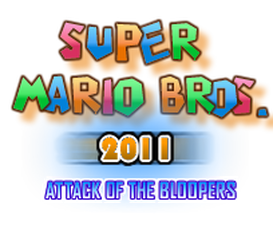 June 2013 release with fixed bugs and glitches that may have prevented players from completing the game.

This is the grand release of the game. This project is now over and any new concerns or glitches found will NOT be tampered with. The project is old and I want to move on to better projects. 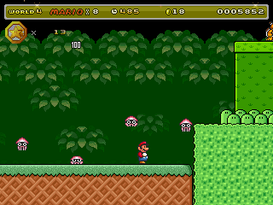 The final release of Super Mario Bros 2011, Attack of the Bloopers. This was last updated 5/28/12 to make it easier for players that had difficulty in the beginning. 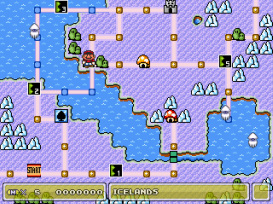 Its now been four months into the year 2011 and I present the LAST demo of Super Mario Bros 2011 Attack of the Bloopers. Sometime in July, the final release will be complete. Then, I will continue Mario and Luigi RPG 4 until the year is OVER! Then make Super Mario Bros 2012:  Doomsday. 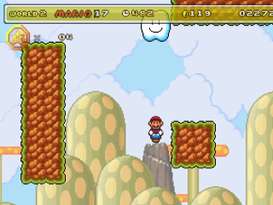 Four months and I present an end of the year demo for all of you. This IS the second demo. 13 Levels, 3 Worlds, and fun to entertain you till the full game comes out. Read the readme.txt file for more information. Enjoy. 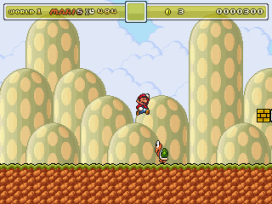 The First ever release of Super Mario Bros 2011. Its not a game demo, Its just a little preview. The next release will be in 2011, and it should be near complete.  This demo only gives a glimpse at the first few levels. Its still 2010, and the title is Super Mario Bros 2011 Attack of the Bloopers. Enjoy the first demo.

SMB2011Demo1.0
NOTE: Oldest demos will appear at the Bottom of this page.